Disclaimer: Do-It-Yourself (DIY) projects are purely at-your-own-risk. As with any DIY project, unfamiliarity with the tools and process can be dangerous. This guide should be treated as theoretical advice only.

Have you ever had a problem with hazy headlights, despite your best attempts at cleaning and polishing them? Chances are, the inside part of the headlights are hazy, which can lead to a lot of frustration.

Most headlights generate heat, they need to be ventilated, which means that they feature small vents that can suck in moisture, and mixed with the different forms of vapours which might be present in the engine bay, and cause hazing in the headlight.

Many people have experimented with Methanol to remove the hazing, with varying results. We had our own go with this magical solution, easily available locally with 99.9% purity.

The first step is to suit up for the job. Methanol is highly toxic and poisonous to the central nervous system and may cause blindness, coma, and death. Always handle chemicals with proper gear and in an area with good ventilation!

Removing the headlight components will give you space to pour in the pure methanol solution, with the headlight pointing down.  Start with a small amount. 100-200ml is advisable.

Swirl the methanol around the entire lens area, avoid splashing the solution around as it may stain on other surfaces. Drain the excess methanol after a minute or two into a safe place and allow to dry.

Some condensation may form on the lens, and you should not worry about this, the methanol will cool the headlight as it evaporates and it will feel cold to touch.

Results? Have a look at the before and after photos.

Us being us, we thought we could go for broke and poured in a massive amount of methanol (about 300ml) on our third try.  We ended up with paint blistering and bubbling on a decorative component of the headlight. Fortunately, our crucial components survived the massive methanol ingestion – the headlight still remains usable!

As the Hokkien saying goes: “Kiang To Ho Mai Keh Kiang”. It’s good if you’re smart, don’t pretend that you’re smarter than you actually are. 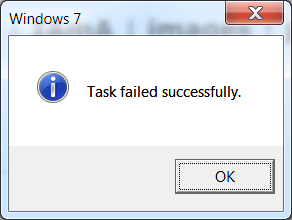