You are at:Home»Features»Clubs»Civic X SG

Many group members had bought their rides based on the good reviews of the new Civic X late last year. The name of the club was chosen to reflect the Singapore-based 10th generation Civic (FC1) owners group.

The new club was founded by Tan Wei Teck aka Vanazir Keffer. While some members have car modification styles similar to the “bengs”, a good majority of the group members definitely are not. The club has slightly over 200 members and their professions range from educators, traders, military regulars and lawyers

The club started off with a few friends viewing and booking the new Civic during its launch in April 2016. At the event, members saw many opportunities in meeting other new owners and started making friends and exchanging numbers.

With the increased use of chat applications and social media in Singapore, a WhatsApp group chat was created and the members began to add new friends, thus formally establishing the club.

Other than bringing together the Civic owners, the club also claims to be provide spiritual support to brace members through the nail-biting COE bidding process. Members regularly chat about topics regarding Civic ownership and maintenance, as well as a healthy dose of discussions about modifications – sharing ideas and contacts for the best deals.

As the new Civic is relatively unfamiliar to enthusiasts, the club members are open to sharing problems faced with their cars and available solutions. As the group grew, the members also helped to negotiate for group buy prices with vendors for the best deal possible and share it among other members.

The group’s admins are volunteers, with several members working in the automobile industry, some having come from previous Civic backgrounds, such as the FD. The group welcomes new Civic owners to join their closed group on Facebook.

Activities include the annual mass meet up, which was first held in December last year. The group also holds impromptu meet ups for coffee, food and prayers – for the blessing of good luck for new Civic owners.

The group aims to have their own Civic X SG motor show so as to share the passion for the Civic. With more members comes with more contacts, ideas and solutions to problem solving.

The Civic X SG club may be reached at “Civic X SG” on Facebook. 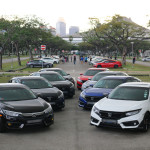 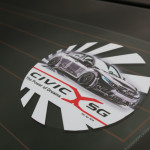 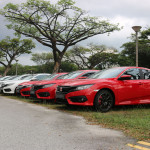 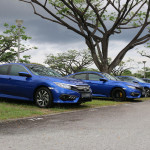 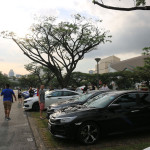 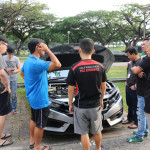 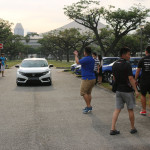