The 90’s is Japan’s golden era for cars. It made cars that were affordable, reliable, and thus, immensely popular cars throughout the 1990s, Japan also became the largest car producing nation in the world in 2000.

We could fire off a long list of cars from that era that became iconic cars – most of which we’ve extensively searched for and featured. Perhaps, there is one car from the 90’s that, despite the market segment it was originally meant for, is a living legend by defining new standards of design and aerodynamics. The fifth-generation Civic, known as the Civic EG.

For a memory refresh, Honda was still partially involved in Formula 1. Then, came about the street racing, as soon as people realized that the super-light Civic had power-to-weight ratio that embarrasses supercars. It became a fixture in the Kanjozoku and as well as the Japanese Touring Car Championship.

Today, as the Civic EG becomes rarer by the day, it’s quickly becoming a car that people are seeking to preserve worldwide. Not for this particular EG though, from the very moment it roared its presence in the normally quiet neighbourhood – no wonder it has the local rep of being the Beng Mobile too… 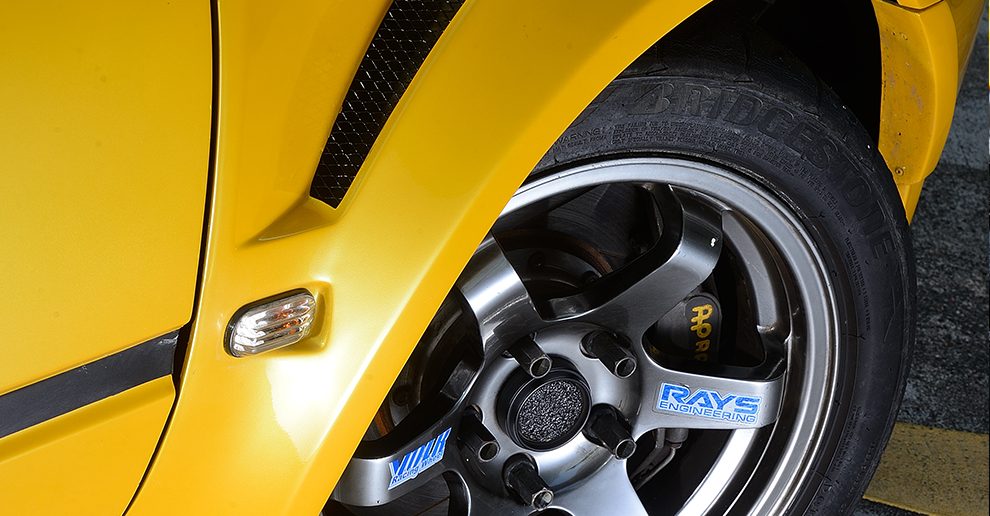 But unlike the hordes of Beng Mobiles which feature nothing more than a fancy body kit, DOHC stickers on a SOHC car, horribly lowered suspension and illegally operated exhausts, the performance purist version of the EG is updated with parts from later models, such as the Integra. Here we find a whole slew of chassis components from the track-special Type Rs giving a new lease of life and a much higher performance limit.

Good looks only get you so far, especially in a performance oriented Honda. Under all the fancy superlight carbon fibre body panels, lay the beating heart of a finely tuned VTEC plant, aided by a whole assortment of intake and exhaust mods. It’s important for such a fine car to have all the aging hoses replaced by with aftermarket options, plus a uprated radiator to handle track duties – yes, this whip is still actively driven on track days, a testament to the engineering which went into creating this unlikely masterpiece. 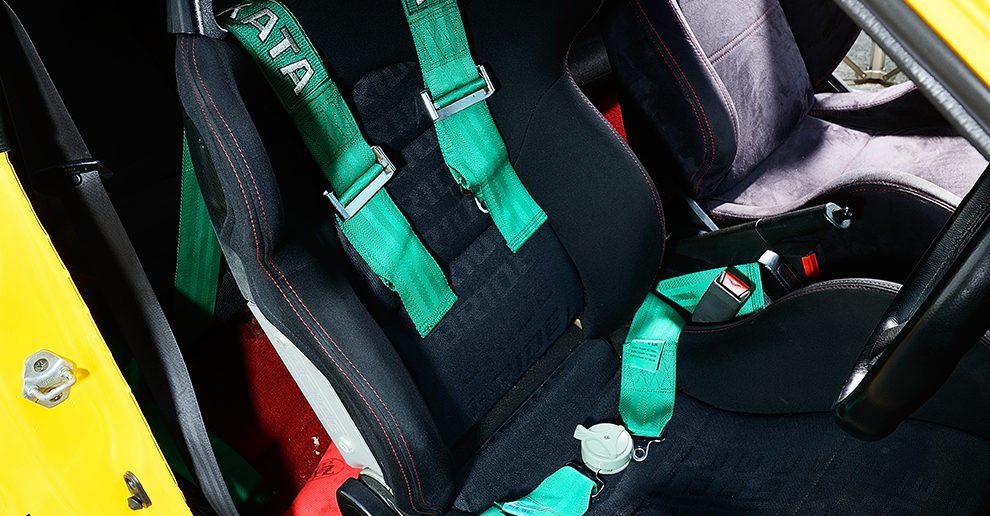 A strengthened final drive ratio of 4.7 allows for quicker acceleration, at the expense of some top speed, something which doesn’t bother the owner has he loves his fast and tight circuits instead of drag-strips.

To make a light car even faster, plenty of go-slow bits have to come out – including almost every bit of interior trim was removed, save for the bare essentials like “a carbon fibre dashboard from an Integra”. This pure old-school tuner approach has been the way since the 90’s. Interior dome lights add weight and cable mess. Remove and use a torch light – problem solved. Function over Form.

For a long time this car seemed to be an unfinished rolling project, with mismatched body panel paint as well as slightly out of alignment pieces that will trigger the most OCD of Honda enthusiasts out there. However, in a world where the EG numbers are dwindling, keeping it stock is almost a futile effort, since it’s the aftermarket industry keeps such cars going on even after 20 years.

It’s just a shame that when the Japanese economic bubble burst in the 90’s as well. The Civic became bigger, heavier and slower, until they did a comeback with the eight generation. This made many enthusiasts lose interest in the Civic, forcing many chose to remain faithful to the older generations – which helped the EG to survive to this day!