You are at:Home»Cars»Straight Line Fun

The WRX, hate it or love it, this rally-born Japanese rocket has captured a lot of attention in the automotive enthusiast circle. It doesn’t matter which discipline you look at, there is bound to be a Rex lurking in the wings.

While we were chilling out at a workshop late at night, this guy rumbled up. At first glane, we were curious about this car’s stance. While a vast majority of the world goes for the “stanced and slammed”, or a track stance, Geof decided that he wanted something different.

Seven years since this car hit the road, here’s barely a rattle or squeak other than the gruff burble from the Boxer. We love Rexes, they are simply the tuning baby for anyone who doesn’t want to buy a Mitsubishi Evolution, which was nearly the case for Geof.

His previous car was a Mitsubishi… Colt Ralliart Version R. While it was fast and nimble, the little car, it did not deliver the amount of straight-line excitement which he wanted, thanks to the CVT gearbox. For a replacement car, the Lancer Evolution 10 was considered but strangely, he managed to find cheaper insurance for the WRX as compared to the Evolution 10. And fate had its way…

With so many Rexes on the road (and on the resale market), parts for this car is not hard to find at all. Ask any WRX owner about the ease of getting more power from the Boxer, it’s almost like child’s play.
What Geof did was to upgrade the turbocharger for a larger unit. This also demanded the use of new supporting mods such as the larger injectors to ensure that the fuel delivery keeps up with the extra air flow, an uprated Walbro fuel pump and a Sard  fuel pressure regulator to keep a constant pressure in the fuel lines. Keeping everything running smoothly are regular visits to Motec after work to get the Liqui Moly 10W60 refreshed after every 5,000km.

Every engine needs the right amount of fuel/air mix to get more power, and it’s a fine line between getting the amount of boost right, a tricky balance especially when running on a stock air box which induces some uncertainty when it comes to nailing the right air flow. Hence, the air filtration system was exchanged for a Hurricane unit which boasts less air flow restriction.

The exhaust looks just as good as it sounds with the titanium muffler. However, for a quieter daily drive, Geof had a inner silencer  installed to keep the boxer beat from giving him a throbbing headache. That additional silencer also gave him a new problem, which he tends to forget once in a while. With the silencer installed, air can’t flow just as easily and he gives the throttle a full jab… instead of getting full power, he gets the engine check light in his face instead.

Now with 350 hp and a meaty 450 Nm of torque at the crank, his car demanded another crucial upgrade, the brakes. While he can’t remember what was the brand of brake calipers he used, they are massive six-piston monsters in the front with high temperature brake pads to provide a greater stopping power on demand and to complete the crisp brake pedal feel, a Cusco master brake cylinder stopper which stops the master brake cylinder from flexing under heavy brake pedal pressure.

Handling is also given a once-over with the installation of Tein SS coilovers and anti-roll bars. Now we were curious to why he chose to have his car setup with the front lower than the rear.

“I don’t track my WRX, or you could say, I never had the chance or time. I prefer drag racing.”

Like every enthusiast in Singapore, Geof does find the current trend of COE prices to be a little hard to stomach, and he doesn’t feel that comfortable of keeping his pride and joy. He’s thinking of keeping a simple car next, a far cry from his much more powerful WRX – but he’s curious to try out a continental make.. 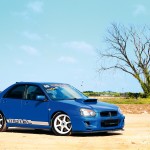 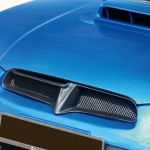 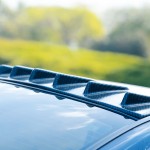 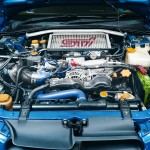 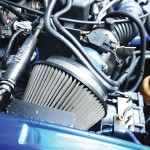 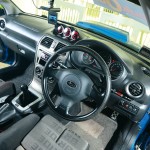 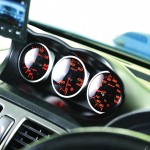 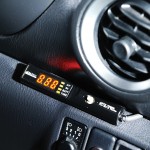 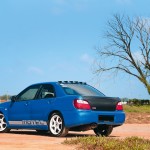